An Open Letter To New Parents 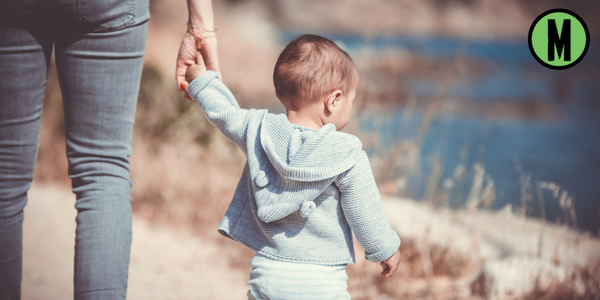 “If only I knew then what I know now.” It’s a common phrase uttered by seasoned parents as we watch a younger generation worry about the same issues we did. As a mother with children who have graduated from Kindergarten and moved past other milestones, I have never found this statement to ring more true. If only I had known what was coming back then. There are many things I would have done differently.

I would have treasured that first year with my partner a little bit more. Instead of stressing about that first sweet pregnancy, I would have thrown caution to the wind and been a little more spontaneous. I would have enjoyed the moments of unplanned passion and lazy days sleeping in. I would have taken that babymoon – knowing now that our future vacations would be all about the kids. I would have put a permanent date night on the calendar that would stand while raising all our babies.

If I had known then what I know now, I would have spent less time worrying about milestones and feeding schedules, and I would have spent more time relishing each moment we spend together. I would remind myself that the house will be messy for at least 10 more years and that a speck of dust never hurt anyone. I would put the to-do list down, and instead, I would play with my kids building Lego mansions and cooking magnificent Play-doh meals.

If only I knew that I would never know when each moment would be “the last.” The last time someone wanted to hold my hand on the walk to school, the last time they would beg for me to read “just one more” bedtime story. Perhaps it is good I didn’t know and therefore wasn’t as sentimental each time, but perhaps I would have lived in that moment a little bit more. I would have cuddled a bit tighter, smelled that sweet clean hair a bit longer, and read two more books instead of just one.

If only I had known that my vision of a “perfect mother” was so different than the type of mother I really want to be, then maybe I would have spent a few more years being the mom my kids really wanted. Because once I stopped ignoring the whispers that judged my kids’ choices, I realized that I was being wise to choose my battles and let them learn about their individuality. When I finally started taking time for myself, I found it easier to give from a full cup rather than a half-empty one. Once I finally let my kids fend for themselves when I was sick, we both realized that not only could they do that, but they could also help me get better. Once I stopped pushing them to be at the same level as their peers, I was able to see the accomplishments they achieved each day. Once I stopped trying to be super-mom, I had much more fun actually being present with my children.

So in the end, I wouldn’t change a thing.

Vicki Little is a preschool teacher with two children. A Colorado native, she spends her time writing, sitting in the bleachers for her daughter’s gymnastics, and engaging in spirited debates with her son. In her free time…well, she is still waiting for some of that.