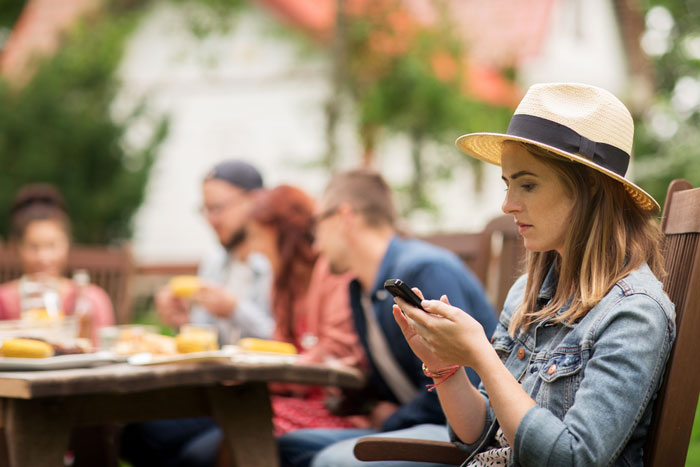 While I am still very hesitantly peeking at my toes in the murky water of the early tween years, my best friend has successfully gotten her oldest daughter through the early teen years and into college. I have learned a lot from the bumps she shared with her daughter, but one in particular has stuck out in my mind.

If her daughter was ever faced with a situation she wanted out of — even if it was something as simple as wanting to leave an innocent party early because she was bored but didn’t want to look uncool — then she would simply tell her friends that her mom said she had to go home. My friend picked up her daughter many nights, and as her daughter got older, my friend would sometimes get a phone where her daughter would even go so far as to stage a pretend fight with her mom over having to go home, just so she could leave the situation.

Apparently my friend wasn’t the only one to have this great plan. A blog post written by Bert Fulks about this very topic has been getting attention. Fulks describes this scenario as the “X plan.” Simple enough, a kid texts a simple letter X to their parent, and then the parent responds by calling them back and saying they will be picking their child up immediately because of an emergency of some sort. The catch? (Why can’t there ever be a great plan that doesn’t have a catch attached?) The parent has to promise not to ask questions, yell, or punish the child. I’ll admit that this part sounds hard, but if it means that my child is safe in bed instead of in the ER with alcohol poisoning or participating in some stupid and dangerous dare that can get them arrested — I am willing to bite my tongue. I know they will make bad decisions as they grow up. I would prefer that they have an escape plan in place so when they do make those bad decisions, they can change their mind and get out of certain situations before they get in too deep.

Vicki Little is a work-at-home mom with two children. A Colorado native, she spends her time writing, sitting in the bleachers for her daughter’s gymnastics, and engaging in spirited debates with her son. In her free time…well, she is still waiting for some of that.