What? My Kid? The Call I Didn’t Want To Get From My Child’s Teacher 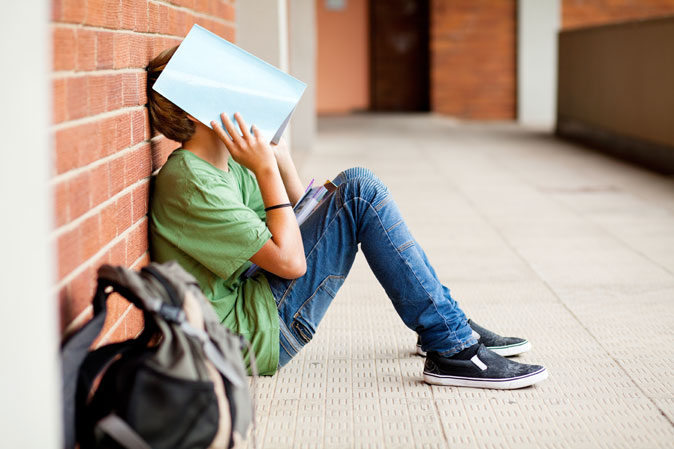 A few weeks ago, my almost 14-year-old son sent me a text message: “Mrs. N says she’s going to call home sometime.… I’ll describe it all to you later, but I promise I didn’t do anything.… I’m sorry this is happening. I really need you to believe me on this, even though you’re probably disappointed.”

This is the second time he has had trouble with this teacher. He’s a very good student, but for some reason, this has been a tough class for him — and it’s an elective, which makes it even harder to believe, because I know it’s not the academic part that’s challenging to him.

The first time she called and left a message. He had been off-task and generally not focusing on the work at hand. I talked with him (OK, let’s be honest – I did a lot of yelling and failed to help him manage his own emotions – it was a mess). He lost his phone for a month, and things got better, or so I thought. But it happened again, and this time I took a different approach. I listened to him.

Typically, I’m the type of parent that will always take the adult’s word as gospel. If the teacher says it, it’s right. No question. So I’m not sure why I took a different approach this time. Maybe it was because I saw something in my son’s frustrated tears that needed to come out.

So, setting aside my usual approach of dropping the hammer, we talked. Or rather, he talked. I listened, and I learned a lot. Now, this was a far-from-perfect conversation, and he still had a consequence, but my approach was better. More proactive. Instead of yelling at him, I gave him a lot of redirection to take responsibility for his part of the problem, to take a breath and calm down, and to (hopefully) problem-solve the situation rather than hold the frustration inside.

Overall, the focus of this conversation was problem-solving: How are we going to make this better? There will always be teachers, bosses, or colleagues who you don’t like, but with whom you have to develop a positive working relationship. Period. That was the life lesson in all of this, and I guess that’s what helped me manage my own emotions. I saw the bigger picture. I saw that this whole thing wasn’t about an art class – it was about navigating relationships with others.

A day or so later, I had a lengthy conversation with the teacher. I listened to what she had to say, and heard her frustration with the entire group of students in this class. I empathized with her, explaining that I had been in her shoes, and then gave her some strategies on how to work directly with my son.

Since then, he has come home from school with comments like, “Mrs. N is chilling out. I still don’t like her though.” In this case, I consider it a victory. He’s been recommended to enter a regional art contest, and most importantly, he’s taken a small step in working with someone he doesn’t like — something that everyone needs to learn!

Jen Murphy is a working mom with two teenagers. She has more than 20 years of experience working with at-risk youth and is a former middle school teacher. She and her family love living in northern Michigan with their chickens, goats and bees.

How Being Late To School Impacts Your Child Let’s Stop Teaching Girls To Be Perfect, Let’s Teach Them This Instead