Is Your Kid Driving You Crazy? Try Reframing Your Perspective. 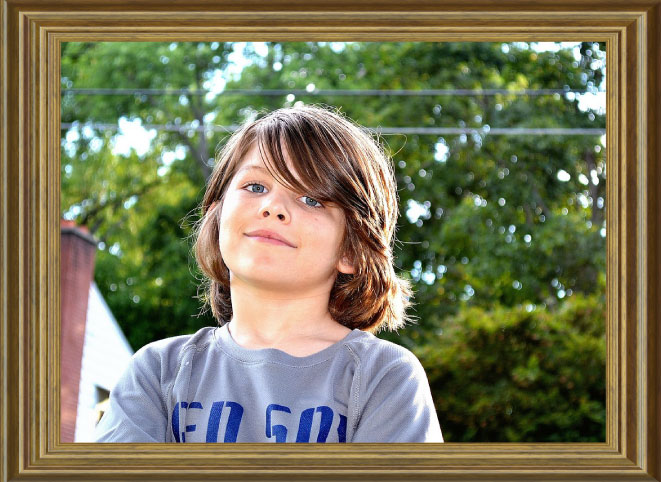 It’s easy to be negative. Too easy. As a result, the daily behaviors we see from our children can become annoyances, the tendency to become negative takes over, and we feel that all we do is complain about these people we used to love, cuddle, and hug endlessly as babies.

“He never listens!” we say. “She always tries to manipulate her way out of everything,” we think. “Ugh. Will that boy EVER just sit and be quiet?” we question. And then we wonder how in the world we can spend one more minute correcting the same behavior.

Well, I’ve found it helpful to reframe the situation. It helps me stay more positive with my children. Instead of hyperactivity, I try to see endless energy. Instead of a constantly arguing teenager, I try to see a person who is strong enough to stand up for themselves. Here are some other examples:

Believe me, it takes practice, and I’m not recommending ignoring naughty or obnoxious behavior – just adjusting how to view it. For me, this approach helps to direct my parenting and keeps me on track by acknowledging strengths instead of weaknesses.

Let me give you an example. My son, who is one of those “strong personalities” and tends to “stand up for himself” quite a bit, had fallen into the habit of staying up quite late. At the time of day when everyone should be winding down, cuddling up, and tucking in, he was just starting homework or taking impossibly long showers, which kept the rest of the family awake. And frustrated. And tired.

His behavior was holding us hostage from a peaceful evening and a good night’s sleep. However, he didn’t see it that way. He just saw himself as following a schedule that worked for him. He thought he was being responsible, mature, and independent.

So we switched our focus. We saw his ability to manage his responsibilities and his independence as a good thing we wanted to nurture. It just needed direction. The next afternoon, we sat down and had a discussion with him that built on those strengths, but gave them a structure that would work for the whole family. We praised him for getting things done without being reminded. We told him we admired his maturity as we completed his responsibilities independently, but explained that the timing didn’t work because it kept everyone else awake. We brainstormed together and found a mutually good solution (shower earlier in the evening).

Once we switched our focus from being frustrated and nagging him to “just go to bed,” things changed. Not overnight, but they did change. And he is still independent and responsible … just a little earlier in the evening.

Jen Murphy is a working mom with two teenagers. She has more than 20 years of experience working with at-risk youth and is a former middle school teacher. She and her family love living in northern Michigan with their chickens, goats and bees.

A Funny Take On The Very Serious Issue Of Unpaid Family Leave Is Your Marriage Good Enough For Your Children?