Why Kids Shouldn’t Specialize In Just One Sport 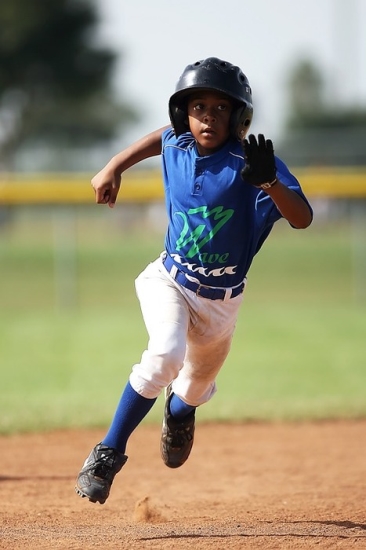 Whether you have one child or five, it doesn’t matter — life is hectic. Everyone has so many activities and appointments that the family calendar is rarely open. Often kids need to choose between activities because there simply isn’t enough time to fit it all in. Ideally, everything should synchronize: Take the summer off from soccer to play baseball, then switch seasons between basketball and swimming. Unfortunately, though, the increasingly competitive nature of youth sports is making it so that kids need to pick their favorite or “best” sport and practice that one year-round. For some kids, this decision is easy. But many others are turned off by the idea of spending the entire year focused on just one activity. Some athletes may grow bored of their sport because of the volume of time they have put into it. Childhood is supposed to be about growing, learning, and changing. So it can be difficult for kids to know which sport is the best fit for them if they don’t have a chance to try different ones. By the time they decide to try something new, it is often too late.

The dilemma intensifies when families discover that it is increasingly difficult for kids to participate in multiple sports since many of them require players to spend most of the year practicing that particular sport.

Just like we don’t expect our children to limit themselves and decide definitively what they want to be when they grow up (my daughter currently wants to be a pink, fluffy unicorn), we shouldn’t expect our children to know what sport they will want to play throughout their childhoods. But unfortunately, sports teams can quickly become in-bred. Kids who have played together since they were tots are all on one team, and if a new player decides to join them, they might feel “behind, ” and pressured to commit to that sport the entire year. For example, many baseball teams are practicing year-round, then they have a grueling season where kids are playing entire weekends and practicing the entire week. Since soccer can be played inside or out, games are held year-round and those who participate throughout the year are given priority on top teams.

There are other downsides to children specializing in one sport at such a young age — not the least of which is an increased risk of injuries. Children’s bodies are still growing, and their muscles may not be fully developed to sustain ongoing,  repetitive activities. With this comes the increased risk of injuries that could prevent the child from doing their sport — or any sport. There are three primary causes that increase a child’s risk of injury when that child specializes in one sport:

For more information on this topic visit: Changing The Game Project

Vicki Little is a work-at-home mom with two children. A Colorado native, she spends her time writing, sitting in the bleachers watching her daughter’s gymnastics, and engaging in spirited debates with her son. In her free time…well, she is still waiting for some of that.